Skip to content
As you sit there, there’s a war raging on between the various species of bacteria within your gut. While you may not care whether the good or bad bacteria lay claim to victory, it could help determine outcome of various health related things like depression  or weight that you lose or gain.

Author of The Micorbione Diet and New York City Physician, Raphael Kellman says that it’s not solely about the right percentages of protein, carbs and fat as it is about preventing the overgrowth of bad bacteria in your belly. Research from a Chalmers University of Technology study backs up this theory that intestinal bacteria can have an effect on a person’s metabolism. The healthier bacteria, the more you’ll lose weight. Prebiotics and probiotics play a key role in boosting your stomach health. Fermented items such as yogurt have active and live cultures that can deliver nutrients such as probiotics directly to your belly. A Harvard study from 2011 found that individuals who consumed yogurt had a better chance of weight loss than any other types of food. High fiber foods can also promote positive bacterial growth. This can be found in fruits, veggies and snack bars rich in fiber.

A University of Alabama at Birmingham study reported that symptoms of depression can affect a person’s appetite. Whether an individual binges on junk food or doesn’t care about ingesting a healthy diet, the study found that individuals suffering from depression were likely to gain more weight quicker than those without depressed feelings. Most of the extra weight is also concentrated on the stomach region. Belly fat can increase your chance of heart disease, type 2 diabetes and high blood pressure. You can combat depression by increasing your circle of friends, getting help from a licensed therapist and starting a daily exercise regimen. 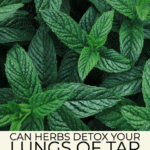